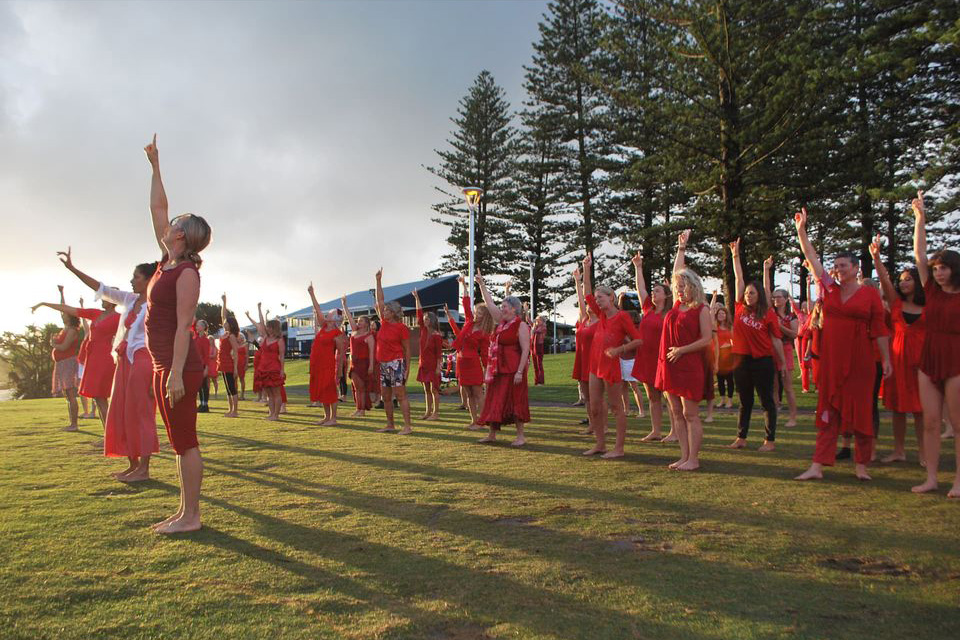 We gather at 6.30 for a 7am dance at, Main Beach Byron Bay, to protest global violence against women and children. Wear red. Bring banners, and a friend. Proudly part of OneBillionRising!

V-Day Byron Bay are a group of local women making a stand to end violence against women. They create the annual V-Day Byron Flashmob Dance Action on Main Beach. We gather at 6.30 for a 7am dance. Wear red. Bring banners, and a friend. Proudly part of OneBillionRising! Men welcome as supporters. One Billion Rising is the biggest mass action to end violence against women in human history. The campaign, launched on Valentine’s Day 2012, began as a call to action based on the staggering statistic that 1 in 3 women on the planet will be beaten or raped during her lifetime. With the world population at 7 billion, this adds up to more than ONE BILLION WOMEN AND GIRLS.